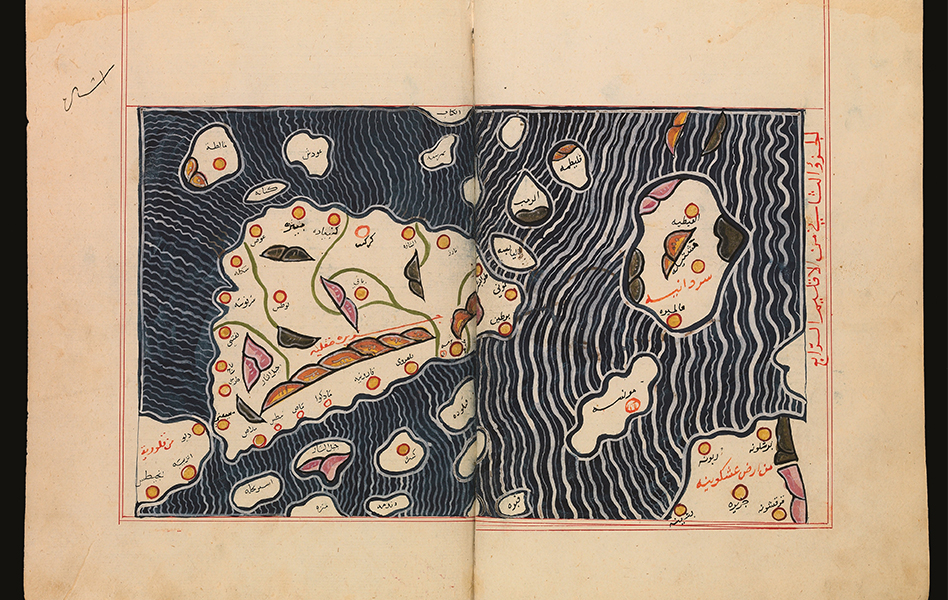 14th Century copy of a map of Sicily. A double page map of Sicily from Al-Idrisi’s Treatise, Unknown, c.1300–1500AD © The Bodleian Libraries, University of Oxford.
share

In AD 1149, a Christian priest in Sicily erected a tombstone for his deceased mother. To many from the outside world, and even many living today, its inscription would come as a surprise. It was written in four languages: Judeo-Arabic, Latin, Greek and Arabic. Even more intriguingly, the date of his mother’s death was given according to the calendar of each faith represented. To Jewish readers, she died in the year 4909. To Muslim readers, it was 544.

This tombstone is a symbol of the multiculturalism that flourished in Sicily after the coronation of King Roger II in AD 1105. Roger encouraged people from all over the world to settle in his kingdom. Jews, Muslims, Orthodox Greek Byzantines, and Christian Normans and Italians all shared this same small island, working together to advance our understanding of the world, art and architecture.

You can see this tombstone in the exhibition “Sicily: Culture and Conquest” at the British Museum. Featuring over 200 objects, created between 2200 BC and AD 1250, the exhibition primarily focuses on the Greeks in Sicily from 734 BC, and the reign of King Roger II from AD 1105. Throughout, it highlights Sicily’s central place in the Mediterranean world. This is neatly emphasized right after you enter the exhibition space, where at the centre of a map, the island is encircled by Europe, Asia and North Africa. 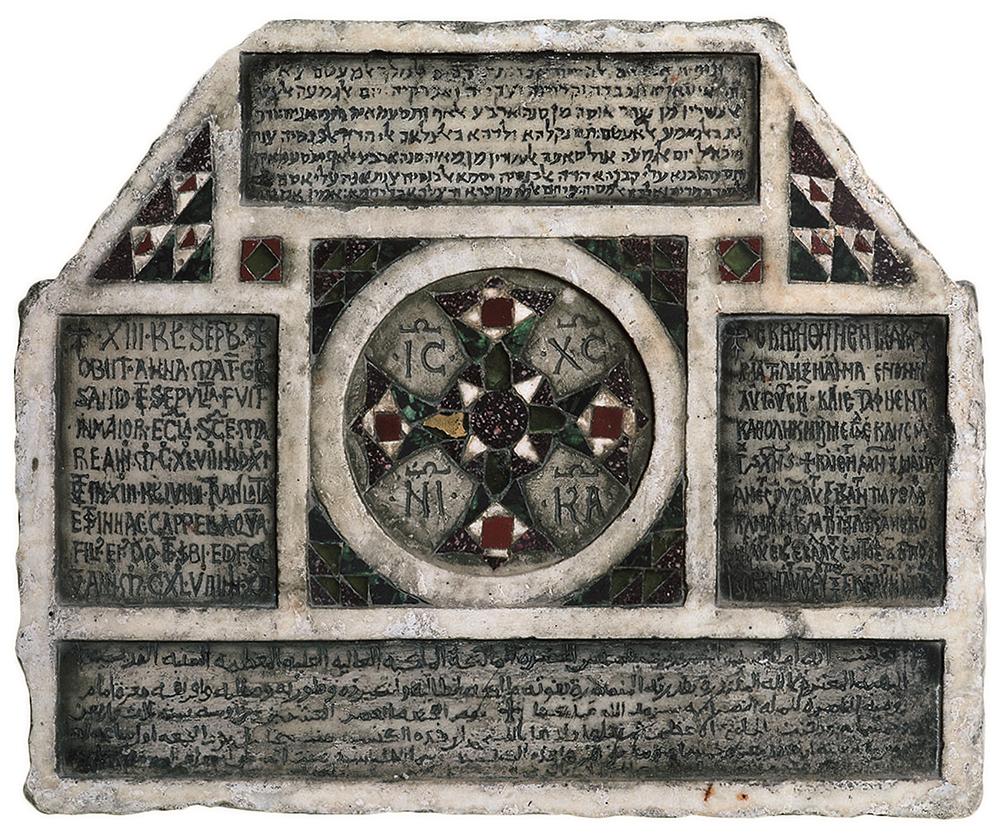 Among the exhibition’s most intriguing artefacts, there’s a grinning Phoenician mask – perhaps a demon or a god such as Reshef – and a variety of terracotta figurines, dedicated to the island’s fertility gods. From the Greek age, there’s an Etruscan helmet, dedicated by Hieron I of Sicily to Zeus at Olympia (and bearing an inscription saying so). In an early and grisly form of museum exhibition, rulers and tyrants boasted of their mighty deeds by displaying war trophies at Olympia and Delphi, objects meant to wow visitors to the Pan-Hellenic games.

After 241 BC, Sicily fell successively under the rule of Romans, Vandals, Goths, Byzantines, Arabs and Normans. In this section of the exhibition, there’s a sign from an inscription workshop in Palermo, open for business sometime between 100 BC and AD 50. The shop made inscriptions in Greek and Latin, but there was one problem: the Greek and Latin writing on the shop’s sign was riddled with errors. I can imagine the shopkeeper sitting inside, wondering why he had no business. “But I made such a nice sign,” he might have said, probably in Punic.

The rest of the exhibition is dedicated to the Norman rule of Sicily at the start of the 2nd Millennium. With Sicily now a cultural melting pot, you’d never have a problem understanding the country’s various signs, letters, laws and decrees: most were written in multiple languages. In 1109, for instance, Sicily’s officials sent Muslim officers to protect a Greek abbey; the letter issuing this command – the oldest paper document in Europe – was written in both Arabic and Greek.

Roger’s Sicily also fused cultures through art. He looked to Fatimid Egypt for inspiration, and employed Egyptian craftsmen to decorate the ceiling of his Palatine Chapel. A section of this ceiling, filled with geometric shapes and eight-pointed stars, is reproduced in the exhibition, glowing in all its intricate detail as it hangs above. Geographical understanding also developed under Roger II. The king commissioned the Arab scholar Al-Idrisi to create a new map of the world. It took him 15 years to complete his research; the resulting maps, one of which is on display, were the most accurate known in his time.

“Sicily: Culture and Conquest” is a wonderful exhibition, both educational and filled with fascinating artefacts. But its true importance lies in the overarching theme of tolerance and cultural collaboration represented by the objects displayed. The exhibition’s second half – focusing on Roger II’s enlightened kingdom – shows how people can prosper if they set aside their distrust of “outsiders” and those of different faiths. As Roger recognized a thousand years ago, the greatest advances in science, art and architecture come from collaboration. Al-Adrisi too saw Sicily as the pearl of his century because it brought together the best aspects of every country. Perhaps, even in our modern age, the world can still learn something from King Roger II’s Sicily.

“Sicily: Culture and Conquest” is at the British Museum, London, until 14th August 2016.