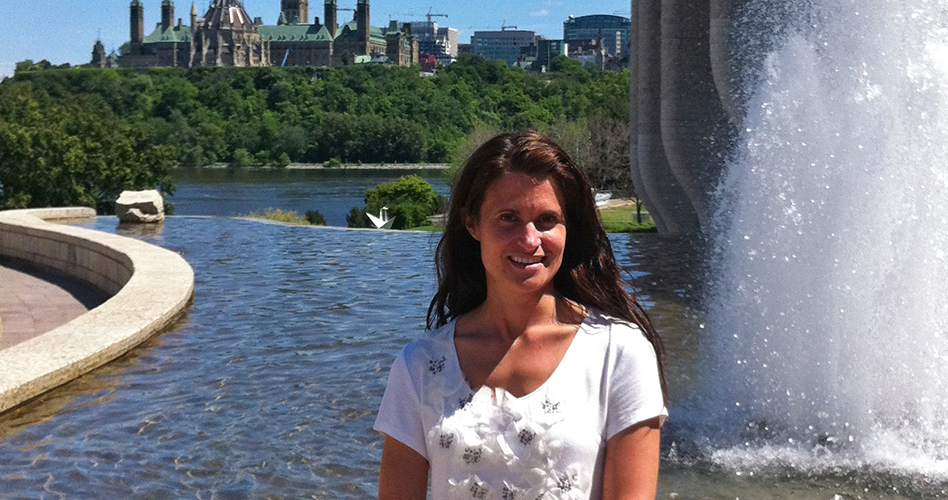 Interview with Rosalie Côté, Advisor, Products and Sales at The Canadian Museum of History

For many years, the Canadian Museum of History has developed and toured exhibitions on a variety of subjects, from Snow and ice skating, to Vodou and now even Napoleon. Rosalie Côté, Advisor, Products and Sales at the museum tells TEN about the travelling exhibitions team’s upcoming shows.

TEN: What are your responsibilities within the travelling exhibitions team?

Rosalie Côté: I am responsible for marketing, advertising and promoting our travelling exhibitions internationally.

TEM: How did you come to work for the Canadian Museum of History?

Rosalie Côté: I have been working for the museum since 2009. I first started in the Marketing Department since this is my background and studies. I have been with the Travelling Exhibitions Team only since the beginning of 2015.

TEM: What was the last exhibition you visited?

Rosalie Côté: One of the last exhibitions I visited was Poison, an exhibition by the American Museum of Natural History. I saw the exhibition at the Fernbank Museum in Atlanta and really enjoyed it. There was stuff to learn for all audiences: small kids to grown ups!

TEM: The exhibition “Kids Celebrate!” has been a big success, will you be producing further exhibitions aimed directly at younger audiences?

Rosalie Côté: Of course, children’s exhibitions are always fun, but are also one of the hardest to develop, children being difficult judges and quick to lose attention if the content is not adapted for their age group. We will be presenting a new exhibition for young kids in the next few years. The Canadian Museum of History is also home to the Canadian Children’s Museum; this section of the museum is renowned internationally. A large percentage of our membership joined because of the Children’s Museum and its programmes designated for kids from 2 to 10 years old.

The Canadian Museum of History is also home to the Canadian Children’s Museum; this section of the Museum is renowned internationally. A large percentage of our membership joined because of the Children’s Museum and its programmes designated for kids from 2 to 10 years old.

TEM: The exhibition “Vodou” was on display in Chicago until April, was this the first of your exhibitions to travel outside of Canada?

Rosalie Côté: The Canadian Museum of Civilization (the previous name of the Canadian Museum of History) also had ‘’Inuit Print – Japanese Inspiration’’, which travelled to Japan, ‘’Places of Power’’ that went to Paris and Mexico and “First People of Canada” toured in Beijing, during the Olympic Games in 2008 at the Art Museum of the Imperial City. Then, in 2009, it went to the Landesmuseum in Hannover, Germany and the National Museum of Ethnology in Osaka, Japan. The international tour ended in Mexico City at the Museo Nacional de las Culturas.

TEM: Are you hoping to send more exhibitions abroad in future as a way of promoting Canadian culture and heritage internationally?

Rosalie Côté: Yes of course. Although North America has not been “on the map” for as long as other continents, we have a fabulous history behind us and people all over the world need to learn more about it. Haïda. Life.Spirit.Art. will open in October at the Archeological Museum of Thessaloniki in Greece, and we’re currently looking for other museums in Europe to tour it in 2016.

TEM: What do you think makes the perfect travelling exhibition?

Rosalie Côté: First of all, the subject must appeal to a large audience, and it has to contain one audio-visual component and one interactive. The more background information and activities/educational programmes that come with the exhibition, the better it is for borrowing institutions.

On the perfect travelling exhibition: “The subject must appeal to a large audience, and it has to contain one audio-visual component and one interactive. The more background information and activities/educational programmes that come with the exhibition, the better it is for borrowing institutions.”

TEM: Which of your recent touring exhibitions have been the most popular? And why do you think this was?

Rosalie Côté: I would say Lace Up and Terry Fox. Lace Up is about skating, and in Canada, with 6 months of cold weather you’ve got to find ways to like it. Skating is a good way to do so, plus you stay fit. As for Terry Fox, in Canada everybody knows his story. It is even taught in school. Terry was a young man in 1980, when he lost his leg to cancer. He decided to run across Canada to raise money for cancer research. Fox’s life was cut short by the disease, but he lived to see Canadians take up his cause and raise over $650 million.

TEM: Which of the museum’s travelling exhibitions have you personally enjoyed the most?

Rosalie Côté: I would pick Vodou without hesitation. This is a very unique exhibition on a topic often misinterpreted. I personally didn’t know much about Haitian Vodou and thought it was about evil spells and dolls. But I couldn’t have been more wrong. It is a spiritual practice still very much a part of the lives of people in Haiti. The exhibition presents big artefacts, which don’t need to be in display cases – this make it very real and impressive.

TEM: What new touring exhibitions are you currently developing?

Rosalie Côté: Two of the exhibitions that we’re currently developing are:

Hockey in Canada: More Than Just a Game
For Canadians, hockey is more than just sport, leisure, or business. It is identity, history and secular religion. The exhibition will take visitors beyond the game, exploring the different spheres where hockey lives, from the big business of the NHL Boardroom to the local pond, to the hearts and minds of Canadians young and old. Through an authentic, personal, participatory approach, the exhibition will provide opportunities for visitors to encounter some prized hockey artifacts and re-live some of the most memorable hockey moments. Available Spring 2017.

Napoleon’s Paris –The Dream of a Capital
This unique exhibition will brings to light the complex relationship Napoleon Bonaparte maintained with the French capital. The exhibition will brings together more than 200 artifacts in majority from the Musée Carnavalet in Paris and other museum in France. It highlights Napoleon’s career, the capital’s major political and administrative players, and the everyday life of Parisians through a combination of official imagery and caricatures. Available Spring 2017.

» You can read more about the Canadian Museum of History’s travelling exhibitions team in our company profile.