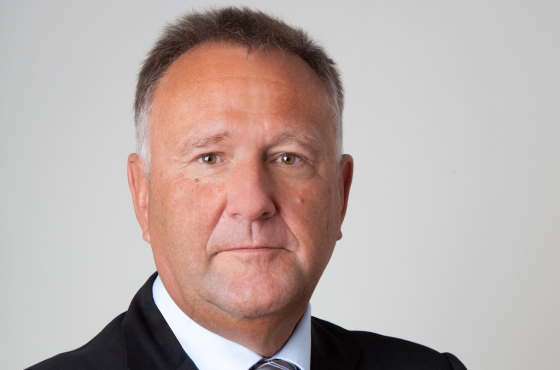 Q & A with Martin Löwer

Yadegar Asisi creates immersive new experiences of faraway places and times with his panorama art, which brings a concept first invented in the 18th century back to life for a contemporary audience. We spoke with asisi Panorama International Managing Partner Martin Löwer about how the organisation was formed to share the artist’s work, and how panoramas can give audiences a new experience of art and science.

TEN: Could you explain a little bit more about the work of asisi Panorama?

Martin Löwer: Our company’s goal is to spread Yadegar Asisi’s panorama art both nationally and internationally. Identifying future projects and cooperating with partners abroad is the mandate that was assigned to the Asisi Panorama International GmbH. As a contact partner, we are supporting interested parties and partners throughout the entire process from the idea to auditing, and right up to the realisation of international asisi Panorama projects.

TEN: Can you describe how a panorama works, for those that haven’t experienced it for themselves?

ML: Since 2003 Yadegar Asisi has been creating the worldwide largest 360° panoramas, measuring up to 32 metres in height and with a circumference of up to 110 metres. In dialogue between science and art Asisi composes his visually stunning panoramas from a project-specific research archive containing up to 50,000 photographs, drawings, sketches and paintings. To gather material, he often undertakes extensive research and photo expeditions on the different topics: for example to Brazil for AMAZONIEN, to the Himalayas for EVEREST, to Australia for GREAT BARRIER REEF, to Turkey and the entire Mediterranean region for PERGAMON.

Based on a storyboard he also does elaborate photo shoots with amateur actors, extras and other elements to obtain scenes that Asisi incorporates into the basic architectural and topographical structure of the panoramas. With plenty of attention to scenic, historic, architectural and topographic details Asisi creates his works on the computer, working with many different image levels, based on his own groundwork and the preparatory work of his core team of around 15 staff. They are then printed on 3 times 32 metre fabric panels, fitted, and mounted in the round buildings. At the pinnacle of the creative process, which is often accompanied by an introductory exhibition at the exhibition venue, the inspired panorama artist puts the finishing touches on the giant panoramas by hand using brush and paint. At the same time light and sound and the different day and night sequences are set up to produce the desired underlying atmosphere.

TEN: The panorama was invented in the 18th century – how has asisi Panorama International updated it for new audiences and subjects, and brought it back to life?

ML: The representation of spatial depth has fascinated Yadegar Asisi since his childhood. In the 1990s, the architect and painter discovered for himself the 360° Panoramas. The Panoramas, popular in the 19th century but fading into oblivion with the advent of the cinema, were henceforth adopted as the medium with which Asisi has created fascinating art spaces. With his continuous enhancement of this art form, he seduces his audience to faraway places, such as AMAZONIA or EVEREST, and to former eras, such as ROME 312 and PERGAMON. Due to the further development of the media and the selection of his themes, Asisi has heralded a renaissance of the Panoramas.

TEN: How does the use of a panorama change how people interact with exhibitions?

ML: The art spaces created by Asisi exert a quite unique fascination on the observers: surrounded by the Panorama, the impression goes beyond the viewing of the art, and becomes an immersive spatial experience and even an emotional-sensual experience. The themes he deals with allow a broad public to access and grapple with science and art in a way that inspires people across cultural boundaries: indipendant of education language and relegion.

TEN: Do you think it suits certain subject matter in particular – for example historical exhibitions, or those with a lot of detail?

ML: The artist speaks of four major thematic lines, which continually stimulates him to new projects. His most intense confrontations to date have involved urban Panoramas, with which he depicts different cultural historical phases in the development of mankind – such as the ancient metropoles of Rome and Pergamon, the baroque Dresden or the citizens‘ city of Leipzig, beset by the Battle of the Nations in 1813. His most personal Panorama to date, on a divided Berlin and the daily routine in the shadow of the Berlin Wall in 2012, heralded the series of historical Panorama. Asisi has also presented natural areas, such as the Amazonian rainforest and Mount Everest – work on a Panorama of the Great Barrier Reef is currently in progress. The fourth thematic line – i.e. the abstract, free themes such as an insight into the microcosmos – is also in preparation.

The question of the tense relationship between the creative powers of mankind and nature invariably unites the individual Panorama themes as the overriding idea in the artist‘s working context. It is the wide range of variations of genesis and decay, which constantly motivates Asisi to new issues and Panorama subjects – to visual journeys to faraway places and times gone by.