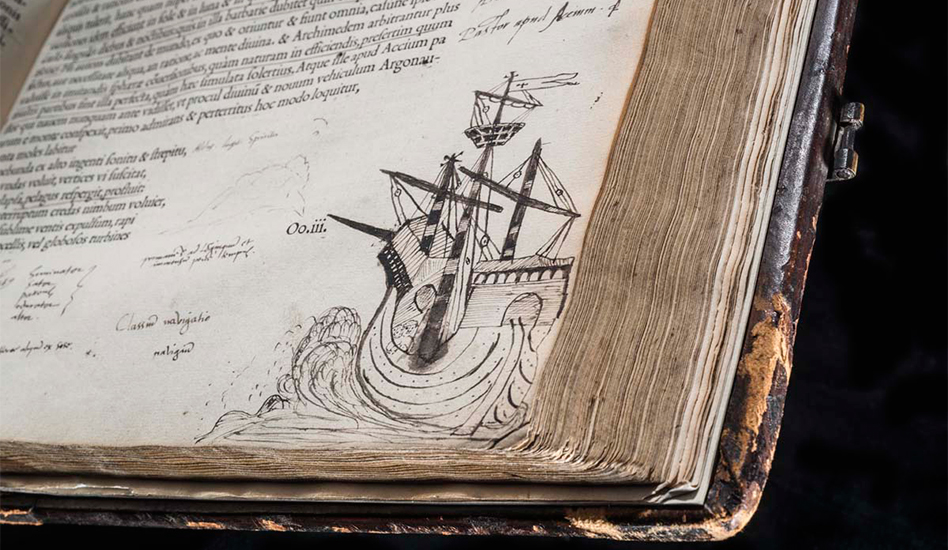 Dee's drawing of a ship in his copy of Cicero's Opera Omnia, vol. 2. © RCP and John Chase.
share

John Dee at the Royal College of Physicians

John Dee (or Dr. Dee, as he was also known) is one of the celebrities of the Tudor age. A polymath and advisor at the royal courts of Edward VI and Elizabeth I (and arrested for a short time under Mary I, accused of “conspiring by enchantments to destroy Queen Mary”), he spent his life exploring subjects as diverse as mathematics, cryptography, history, astronomy, astrology, and – perhaps most famously – the occult and alchemy. As an intriguing historical character, he’s also appeared in novels, paintings, movies and even an opera, and is now the subject of a small, but fascinating exhibition at the Royal College of Physicians in London. 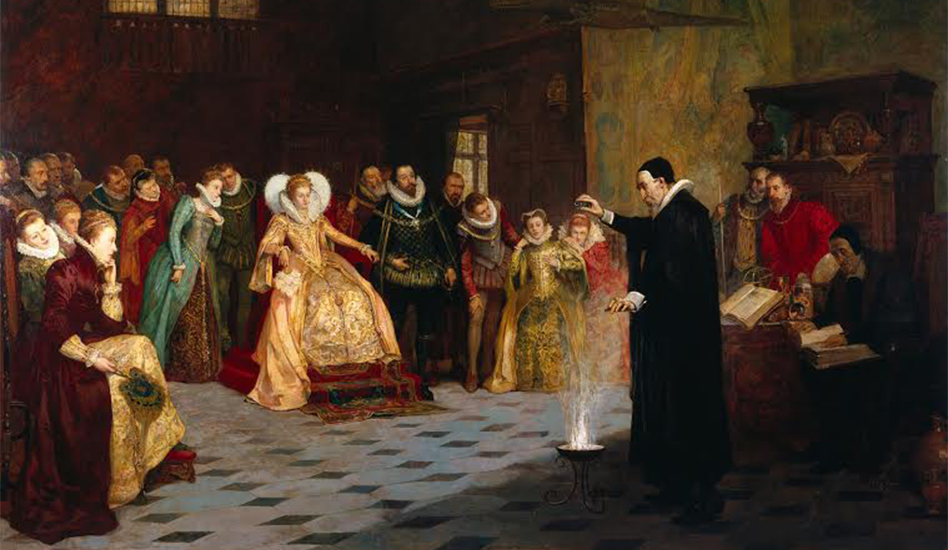 “Scholar, Courtier, Magician: The Lost Library of John Dee” displays a selection of the over 100 volumes from Dee’s personal library now in the College’s collection – it’s the first time they’ve been displayed together. Originally, these volumes were kept at Dee’s home in Mortslake, Surrey, along with his other 3,000 books and 1,000 manuscripts – that is, until they were stolen. In 1583, Dee set out on a six year journey around Europe, leaving his house and library in the hands of his brother-in-law, Nicholas Fromond, who, rather carelessly, allowed the vast majority of Dee’s books to be “carried away.” The empty shelves probably made family dinners at Dee’s home a little awkward for the rest of their lives.

After changing hands a couple of times, a selection of Dee’s lost books entered the Royal College of Physicians’ collection in 1680, where they’ve remained ever since. The books chosen for display reflect Dee’s wide-ranging interests, from works on alchemy, mathematics, Aristotle, the Trojan war, the history and geography of France, astrology, and solar and lunar eclipses, through to Ovid’s love poetry, a book on stately and courtly games, and even one on baths and bathing. Each volume provides an insight into the mind of the famous polymath, while Dee’s extensive annotations in their margins allow glimpses into his daily life – one note in particular dates to his house arrest under Mary I. 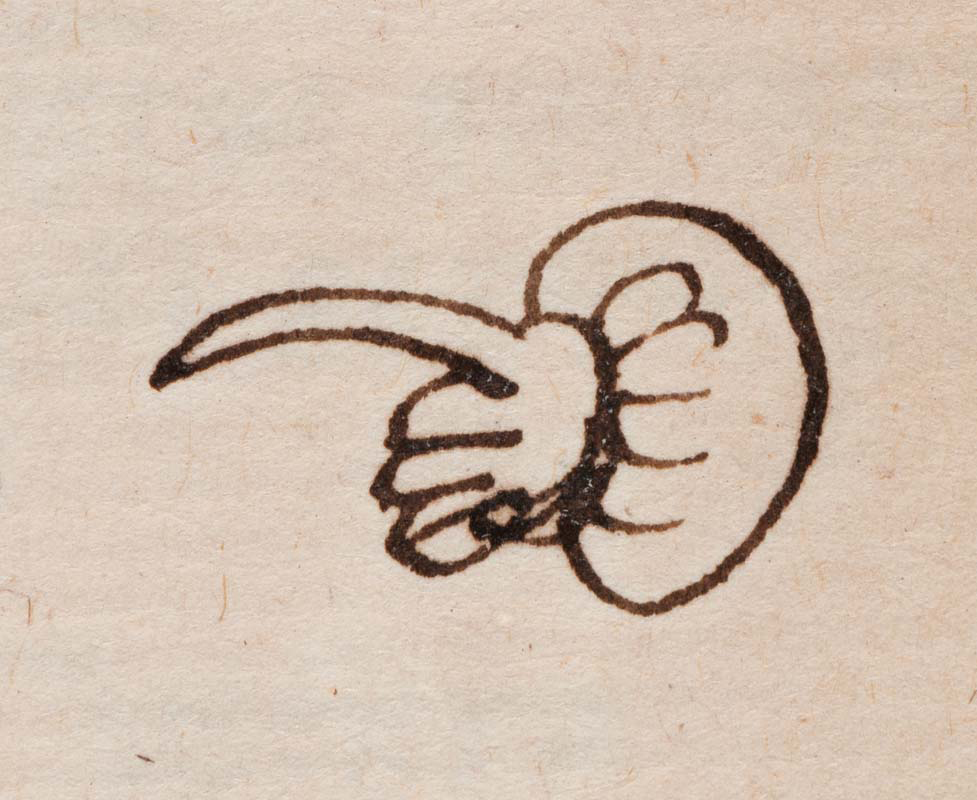 Dee started annotating his books as a student, and continued doing so for the rest of his life. If he found a section particularly important, he even drew a small hand (known as a “manicule”), wearing an Elizabethan ruff, one finger pointing to the relevant part of the text. So, if you enjoy exploring antiquarian bookstores and hope to make a lucky discovery, keep an eye out for books with margins filled with notes (and sometimes drawings too: Dee drew a ship in his copy of Cicero’s complete works). Dee also wrote his name at the front, so that should help too.

The exhibition breaks down Dee’s life and interests into thematic sections, covering his work as a scholar, courtier, doctor, mathematician, magician, alchemist and astrologer, and conjuror, with a final section dedicated to his death and subsequent afterlife fame. Throughout, many fascinating details are presented: from Dee being the first to use the phrase, “the British Empire,” to the fact that although he wasn’t a qualified physician, he was famed for his medical knowledge and advised Elizabeth I about her health. Similarly, although Dee wasn’t a sailor, he advised the Elizabethan court on navigation and trade routes. His greatest interest, however, was mathematics, which he taught at his home in Surrey. 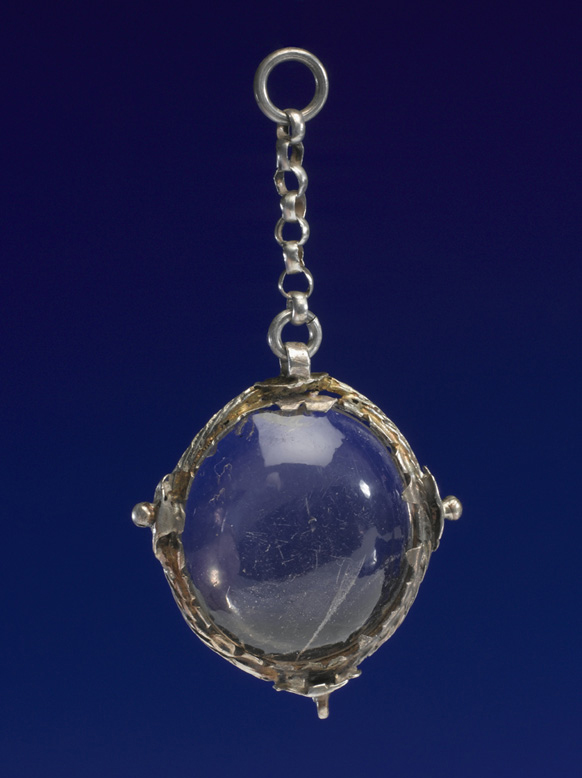 In addition to the books on display, there’s also a video about Dee’s life, and a selection of items thought to have belonged to Dee, on loan from the Science Museum and the British Museum. These include a magical mirror; a magical gold disc used in his attempts to communicate with angels; a crystal (which Dee said was given to him by the angel Uriel); a small crystal ball; and a scrying mirror, used to see the future, stored in a sharkskin case. So, for fans of Dee’s more mystical side, there’s plenty to enjoy, including a copy of his Monas Hieroglyphica.

Through Dee’s book collection, we are introduced to a man obsessed with understanding the world, who sought answers using all the methods at his disposal, from study, travel and debate, to his attempts to communicate with the supernatural. Yes, Dee will always be associated with magic, but as the Royal College of Physicians’ exhibition shows, there’s plenty more to Dee than his occult reputation.

“Scholar, Courtier, Magician: The Lost Library of John Dee” is at the Royal College of Physicians, London, until 29th July 2016.